Culture and Festivals in Canacona

Shisharani: This typical ritual is celebrated every alternate year with the Veeramel celebration held at the time of the traditional Shigmo festival. The word Shisharani means a cooking place on top of a human head. This ritual involves cooking rice in a earthenware which is kept on the head of three men who sleep on the ground with their heads touching each other and fire is lit between the heads to cook the rice. The heads are covered with wet cloth and layers of plantain trunk. 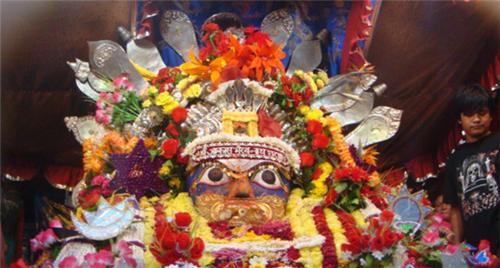 Zatra: The annual festival Zatra held at the Shantadurga temple and is quite unique among the temple festivals of Goa. Early morning on the day of the festival, the decorated and intricate idol of the deity is taken out in a three tier chariot which travels for almost 2-3 hours to reach the nearby beach. A number of rituals including a special bath for the deity are held at the beach, after which the deity is taken back to the temple.

Sonteros or the festival of Umbrellas is another festival celebrated at Shantadurga temple where once again, the Hindus and the Christians take part in the fusion of celebrations.

Veeramel: This celebration is held once every two years at the time of the traditional Shigmo festival.This festival involves a group of selected youth who rush from house to house with swords and this procession is followed by drums, musical instruments and devotees.

Avatar Purush: Avatar Purush, another deity who is worshiped at Asali, Khalvade and Bhatpal is given a special preference once a year where a magnificent procession is celebrated specially for the deity. This festival takes place at the temple of Sristhal. Rathasaptami and Shigmo are some of the other festivals celebrated in Goa.

Comments / Discussion Board - Culture and Festivals in Canacona